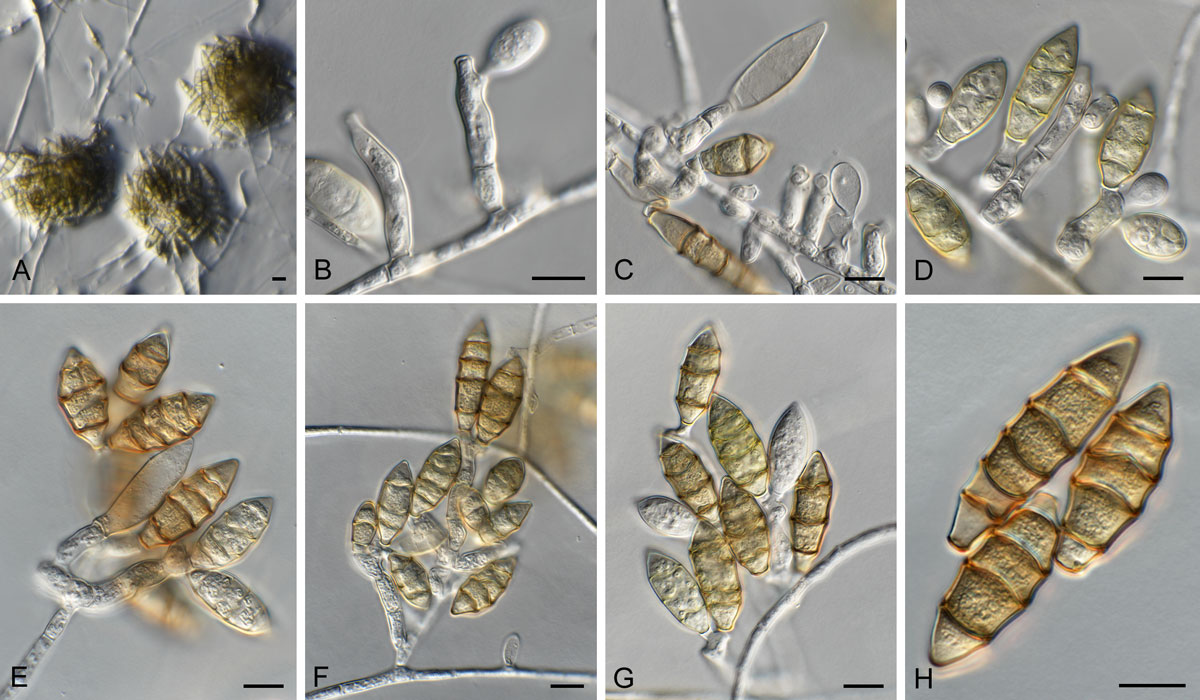 PDA at 20 °C on the laboratory bench.

Wilsonomyces causes a disease known as shot-hole disease because of the symptoms on the host leaves: small circular purple lesions with pale centres that gradually enlarge and become necrotic in the centre until the centre falls out. This genus also produces necrotic spots on the twigs and necrotic lesions on fruit.

Wilsonomyces is a monotypic genus. Wilsonomyces carpophilus was initially described as a new species of Helminthosporium, and was subsequently transferred to different genera until Adaskaveg et al. (1990) introduced Wilsonomyces to accommodate it. The taxonomy of the genus was controversial, and Sutton (1997) regarded it as synonym of Thyrostroma. However, all the strains of Wilsonomyces carpophilus included in the phylogenetic analysis based on LSU, ITS and tef1 (Fig. 49, 64) sequences were located in a clade separate from the rest of the taxa incorporated in the tree including the type species of Thyrostroma, T. compactum. Therefore, it is herewith confirmed that Wilsonomyces represents a distinct genus. Finally, its location in the Dothidotthiaceae is also confirmed.