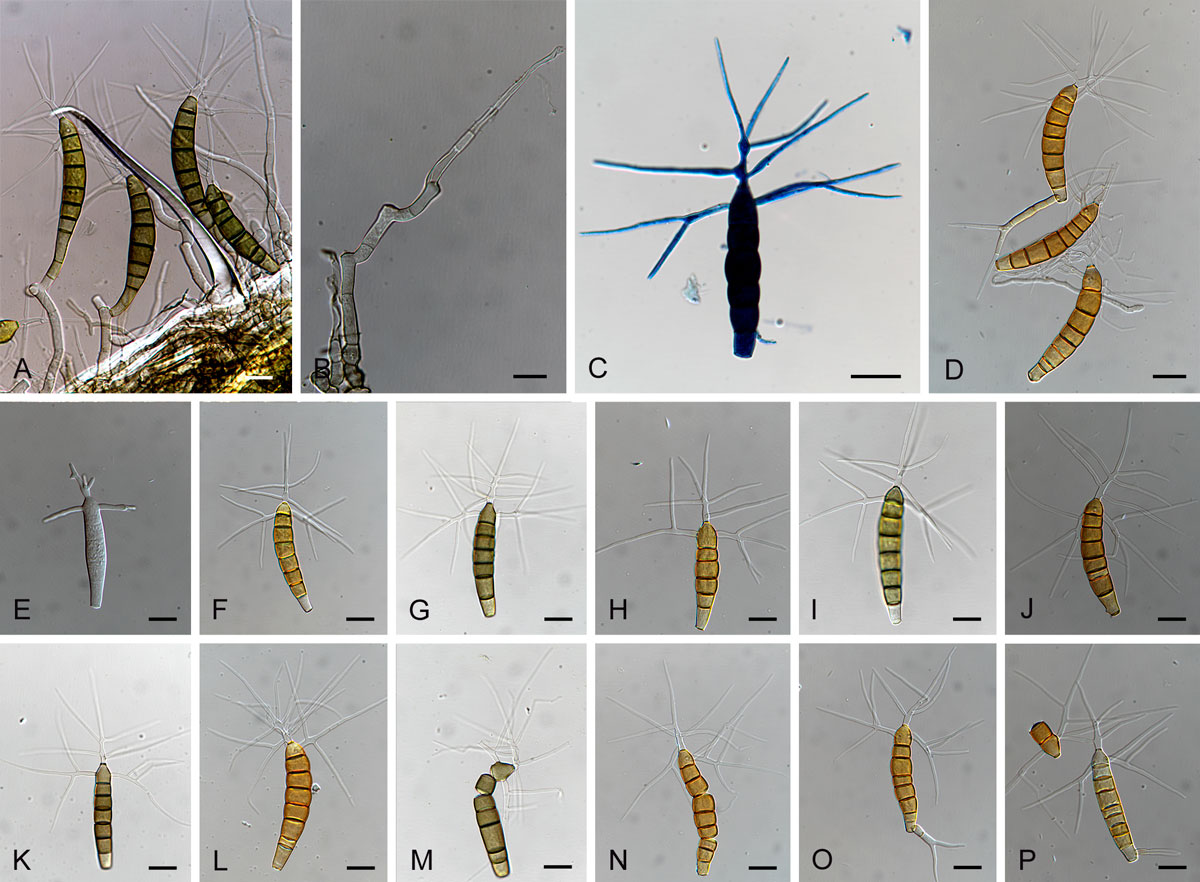 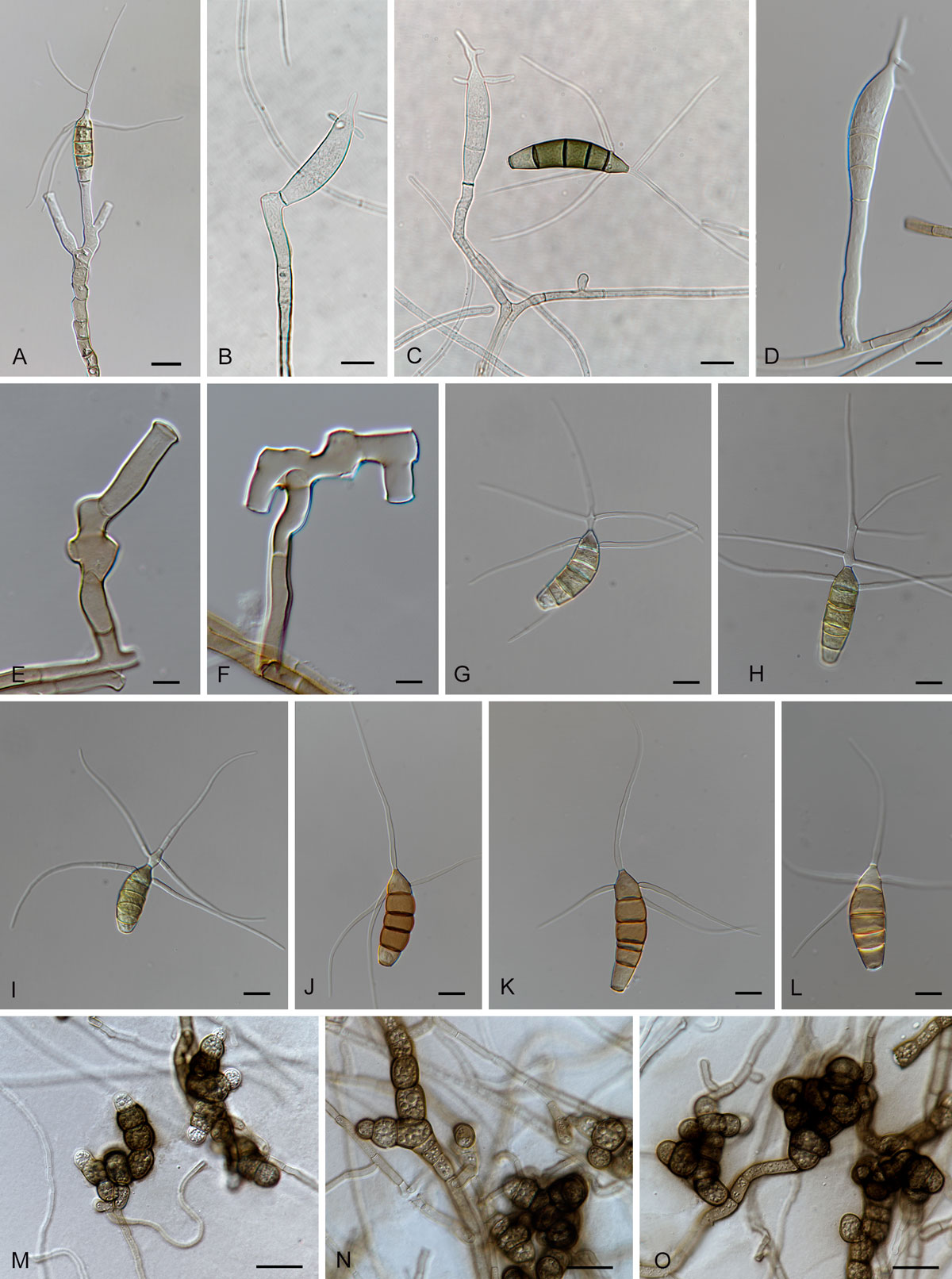 MEA, OA, PDA or SNA with sterilised twigs, incubated at 25 °C. Not all strains sporulate well in culture.

Mainly pathogens of legumes, with one species reported from carrots.

Brown leaf spots, lesions are circular and zonate. It also can attack stems, pods and roots, and destroy whole plants.

Pleiochaeta was established by Hughes (1951) to accommodate two species previously included in Ceratophorum, namely Plei. setosa and Plei. albizziae. Currently this genus comprises six species including pathogens and saprobes. Pleiochaeta setosa, the generic type, is the most important species from a phytopathogenic point of view, causing serious damage in Lupinus spp. and other legumes members of Fabaceae. Molecular data in this genus is poorly represented. This is the first time that several isolates of different species of Pleiochaeta are subjected to a phylogenetic study. After the analysis of LSU and ITS sequences of the isolates studied with distinct members of Pleosporales (Dothideomycetes), we confirm the phylogenetic position of Plei. setosa and Plei. ghindensis in the Dothidotthiaceae. Furthermore, our results allow us to describe a new species from South Africa, Plei. carotae, causing a disease on carrot leaves. Cultures of Plei. albiziae, Plei. amazonensis, Plei. cassiae and Plei. stellaris were not available for this study, and their phylogenetic position remains unknown. Further studies with additional molecular data of isolates from different origins and substrates, as well as pathogenicity tests, need to be conducted.